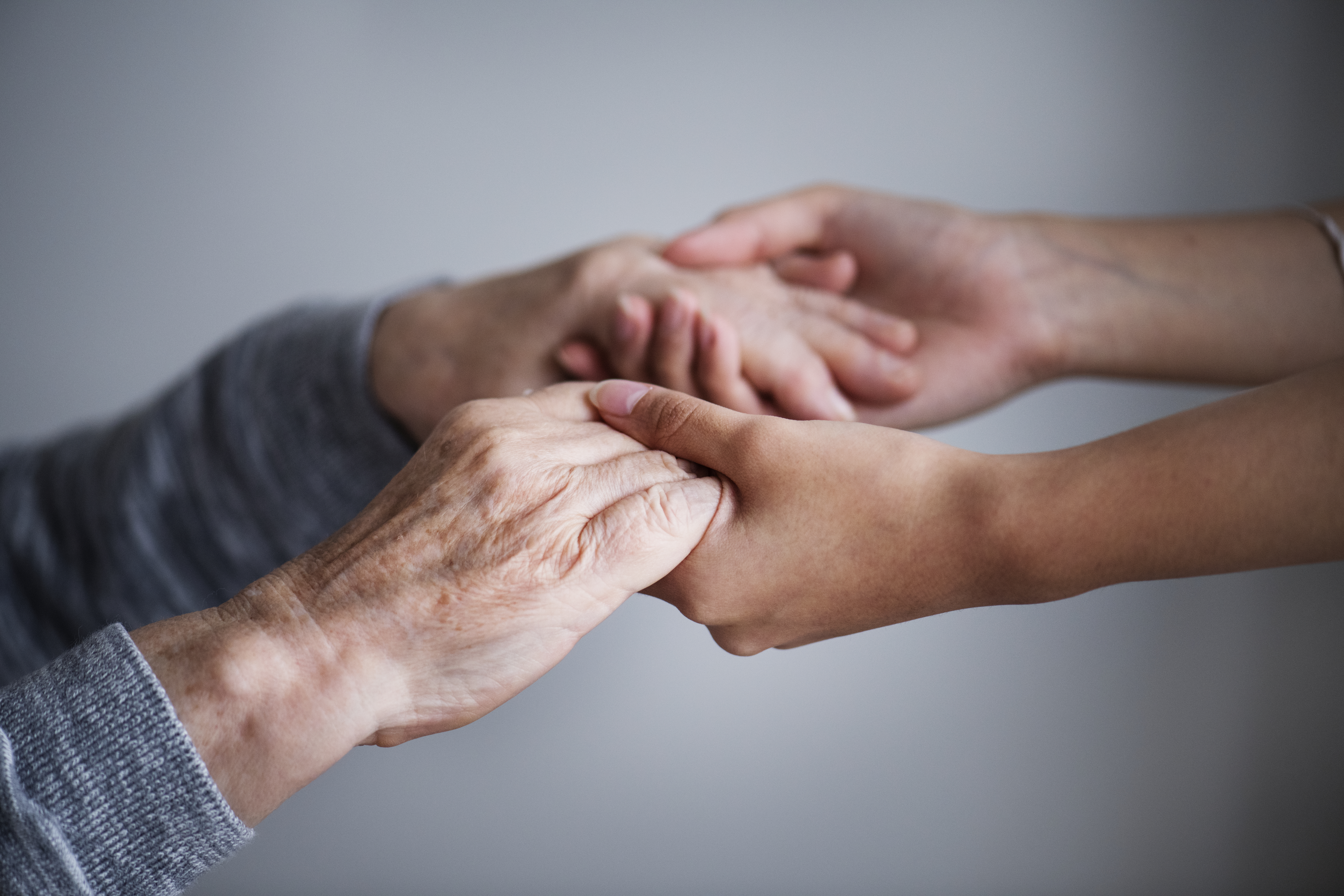 END_OF_DOCUMENT_TOKEN_TO_BE_REPLACED

In order to allow seniors to continue living at home independently, it is essential to be able to detect the early warning signs of vulnerability before a fall.

Once an elderly person has had a fall, it is then likely that they will no longer be able to live alone at home.

Detecting a change in a senior’s activity in advance

Detecting a deterioration in a senior’s activity is helpful not only for their relatives, but also for professionals such as the managers of seniors’ residences.

In this way, they are able to provide more support if needed.

The goals are multiple: to act before a fall, reduce the risk of falling and prevent isolation.

END_OF_DOCUMENT_TOKEN_TO_BE_REPLACED

The Silver Economy sector was relaunched on 22 October 2018 by Agnès Buzyn, French minister for Health and Solidarity.  This was when the minister entrusted France Silver Eco to redraft a roadmap of the Silver Economy for the next two years.

The aim: speed up the process and put operational plans in place to broadcast potential practical solutions for vulnerable persons and their relatives as effectively as possible. 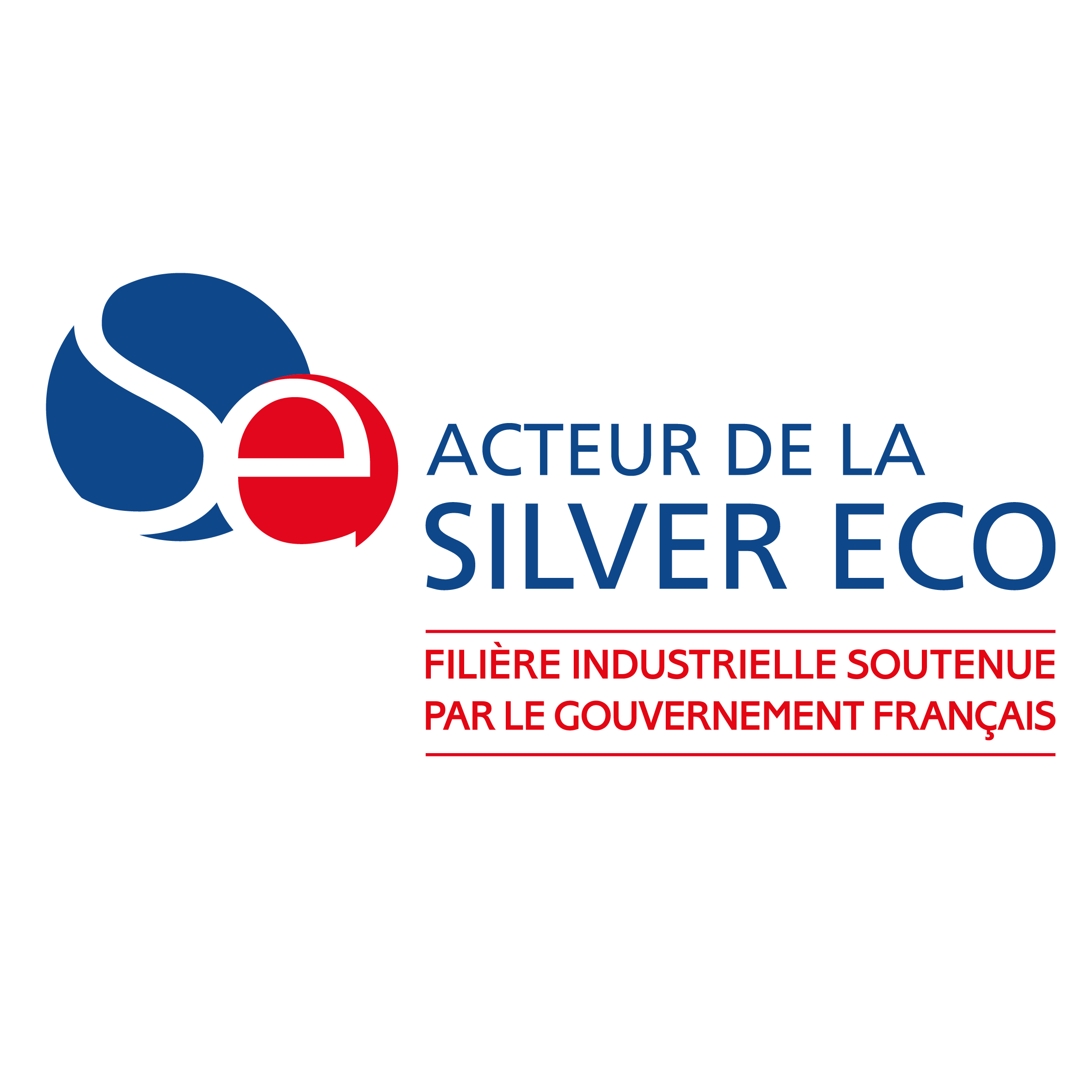 Keep reading to find out about the roadmap’s key points

1) The 3 cornerstones of the roadmap are to:

END_OF_DOCUMENT_TOKEN_TO_BE_REPLACED

In fact, the desire for care at home is shared by seniors and their carers, but also by the State, as shown by the French Act on adapting society to an ageing population (ASV), from the 28 December 2015, which places an emphasis on care at home for the elderly. 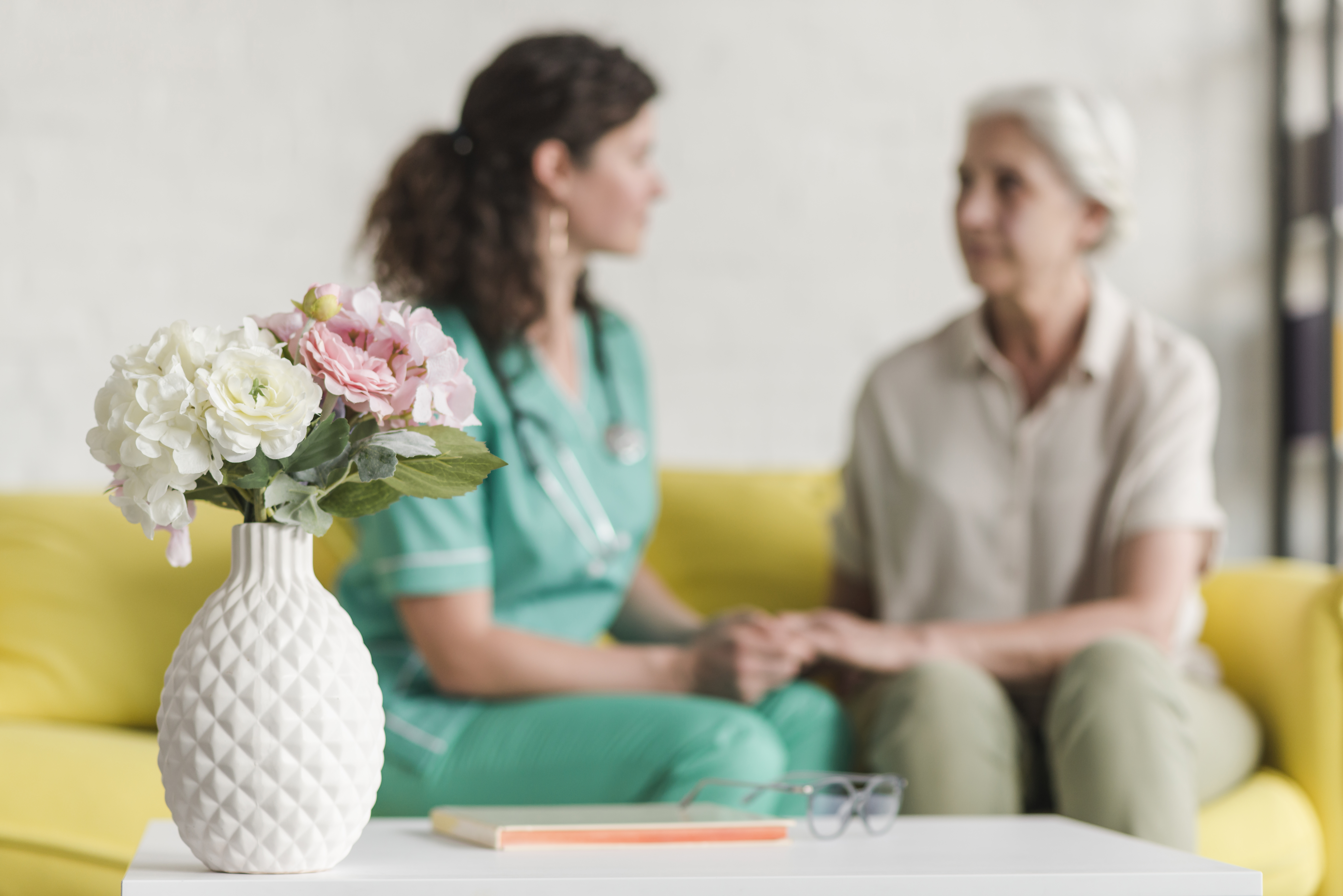 END_OF_DOCUMENT_TOKEN_TO_BE_REPLACED

Alzheimer is a progressive disease particularly causing memory, thought and behavioural disorder. More often than not, the signs of the disease appear slowly and evolve over time. Depending on the patients, the disease can develop more or less rapidly, usually over 5 to 20 years. While the people suffering from the disease are invariably over 65 years of age, it should be noted however that it is not exclusively linked to ageing. The onset of Alzeimer’s can be earlier, often between the ages of 40 and 50 for some 5% of people suffering from the disease. END_OF_DOCUMENT_TOKEN_TO_BE_REPLACED

At the end of 2016, there were about 728,000 people in France living in EHPADs, for a total of 6,884 registered EHPADs. In addition, an EHPAD resident has an average of 2 falls/year and 50% of nocturnal falls go undetected. Finally, the longer a resident spends on the ground, the greater the “post-fall” associated pathologies and the costs to the community.

In this context, an independent assessment of great methodological reliability was carried out in the Limousin region on 550 patients for 3 years. 3 EHPADs were equipped with the solution in two parallel groups: a group of equipped patients and another unequipped group.

END_OF_DOCUMENT_TOKEN_TO_BE_REPLACED

82%: the percentage of seniors who are fully satisfied with the life they lead1.

How old do you have to be to define yourself as a “senior”?

In general, people over the age of 55 feel like seniors once they retire. As long as they are still working, only 24% fit into this category of the population.

Senior residences are accommodations for autonomous, non-disabled or semi-disabled people who are over 60 years of age. This type of accommodation is an excellent way for seniors to break the isolation by fostering social relationships while keeping their autonomy.

The staff of the residence accompany the residence’s seniors on a daily basis. Their mission: organize activities for the residents and support them when needed.

END_OF_DOCUMENT_TOKEN_TO_BE_REPLACED

New technology will contribute more and more to home support services for elderly or vulnerable people.

Here are 3 concrete examples of what it can bring.

The example of safety

The majority of families have heard of remote assistance devices with an emergency call button to be carried on one’s person, which can be pressed for rescue in the event of a problem.

These devices can now be supplemented by sensors, installed in the casing, that enable remote monitoring of activity.

END_OF_DOCUMENT_TOKEN_TO_BE_REPLACED 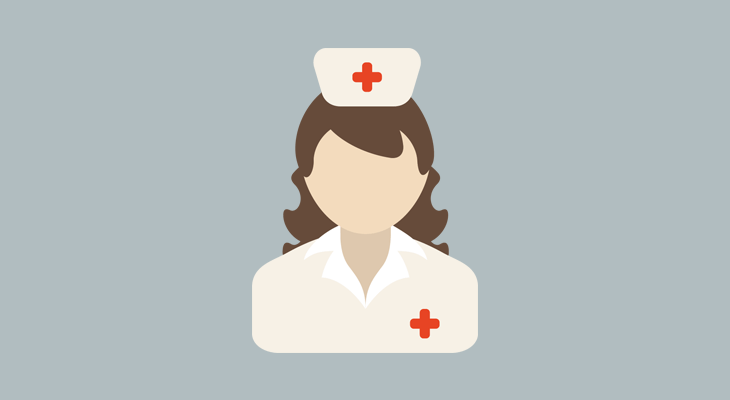 The current situation in France is increasingly conducive to the development of home care. Between the shift to ambulatory care initiated by the Ministry of Health and the reduction in the average length of a stay in hospital, the role of the liberal professions, particularly nursing, has become paramount.

Despite the development of this post-hospitalisation activity, 12% of hospital emergencies are due to a lack of home care… even though 350,000 health professionals (excluding doctors) in France practice in the home!

END_OF_DOCUMENT_TOKEN_TO_BE_REPLACED

If these questions are being asked, it is often because loss of autonomy has begun to rear its head.

What elements should be taken into account in making the right decision?

1. Stay in your home for as long as possible

It is often the favoured solution with families, provided the person still has a sufficient degree of autonomy.

It is often necessary to call in extra help for care or housekeeping tasks that will facilitate getting up, going to bed, grooming, personal hygiene (excluding nursing care), or ensuring the preparation and feeding of meals, general domestic tasks.

END_OF_DOCUMENT_TOKEN_TO_BE_REPLACED

The main problems faced by caregivers in EHPAD

EHPAD (a residence for dependent elderly persons) is a health care facility which provides accommodation, in individual and shared rooms, for elderly persons over the age of 60 who have lost their independence and who can no longer stay at home alone. In addition to providing them with assistance in their daily lives (getting out of bed, going to bed, going to the toilet, eating, etc.) and individual medical care, this type of establishment offers services such as catering, laundry and even entertainment.

END_OF_DOCUMENT_TOKEN_TO_BE_REPLACED

Our ageing population is a reality which must profoundly modify how our society functions, as shown by the following 3 key points: 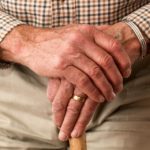 We are going to live for longer than ever before in the history of humanity. A National Institutes of Health (NIH) study in the United States predicts that life expectancy at birth will increase by 8 years by 2050 globally. In 2015, life expectancy was 68.6 years; it will increase to 76.2 years in 2050.

END_OF_DOCUMENT_TOKEN_TO_BE_REPLACED

There are more and more family carers in France who struggle to balance their personal and professional lives. In order to support them on a daily basis, it has become essential to provide tools enabling them to watch over their loved ones at a distance. The Otono-me by Telegrafik app responds to their daily concerns. 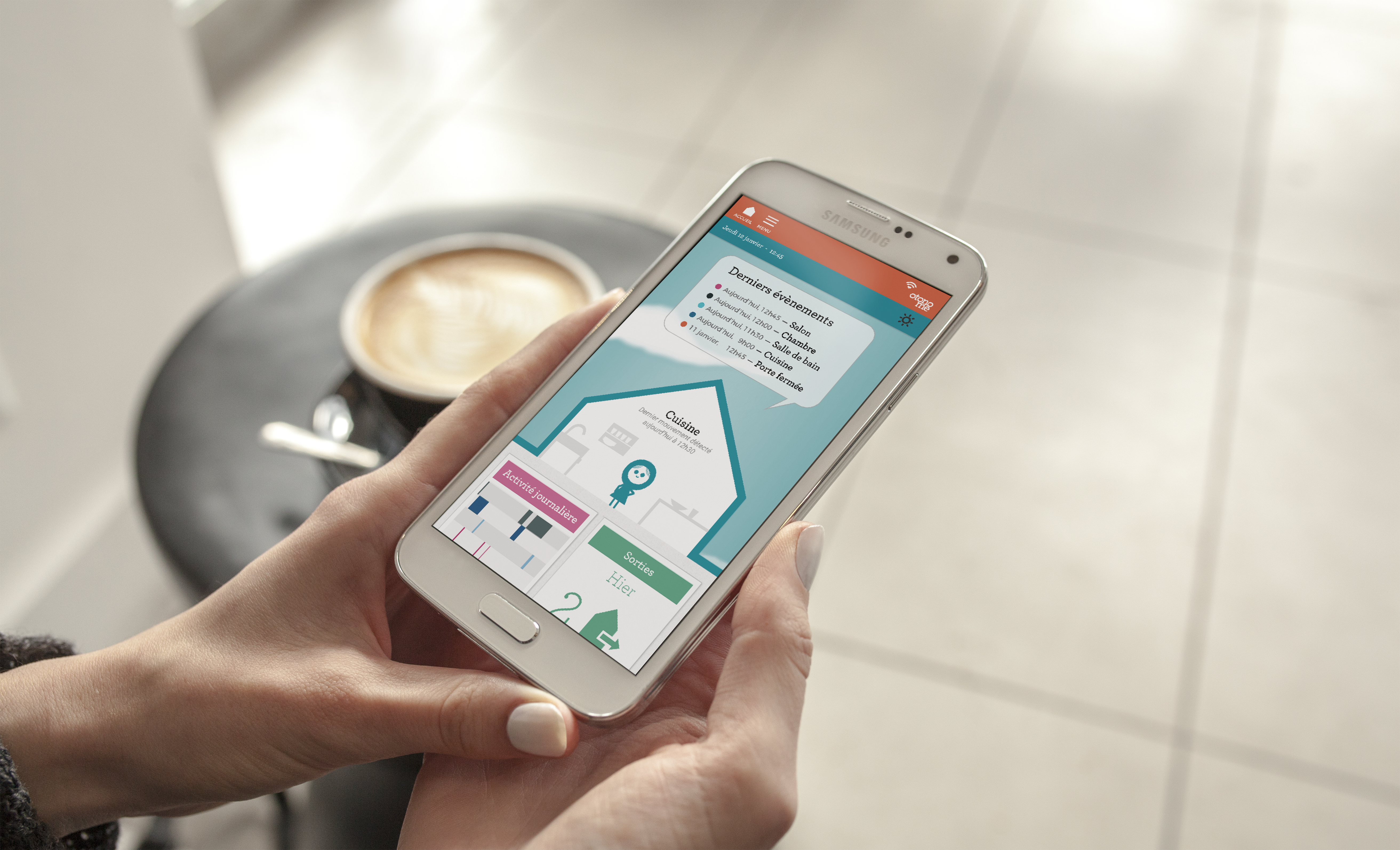 END_OF_DOCUMENT_TOKEN_TO_BE_REPLACED

Telegrafik has decided to look into the law on adapting society for an ageing population, which came into force on 1 January 2016. This law aims in particular to promote access to services improving prevention and social ties, such as the innovative Otono-me service, for elderly people living alone at home.

We have identified 3 key points of this law:

END_OF_DOCUMENT_TOKEN_TO_BE_REPLACED

This is a vast subject, and we are not attempting to treat it exhaustively in this article.

However, in the course of our projects and contact with different players of the senior citizen industry, we have identified and listed a number of key points, which we wanted to share in this article.

Telegrafik, a company specialising in innovative connected services, is helping to reduce the loss of autonomy and allow elderly people to live well for at home for as long as possible.

END_OF_DOCUMENT_TOKEN_TO_BE_REPLACED 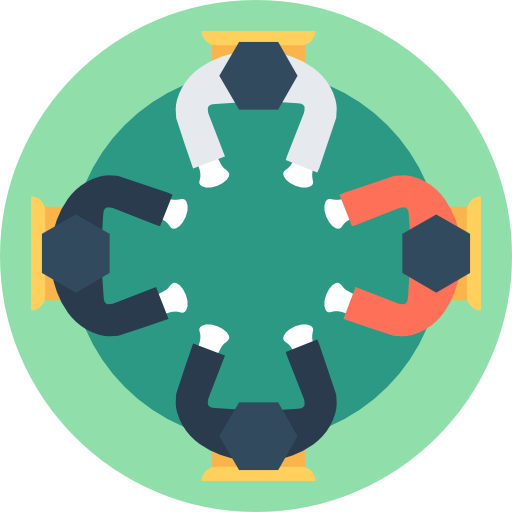 Composition and functioning: players who work together to answer the problem of an ageing population

The Funding Conference’s main objective is to coordinate funding for the prevention of loss of autonomy in each French department around a common strategy.[1]

As its name suggests, it is made up of the main players involved in managing and funding the ageing population, including the departmental council, the regional health agency (ARS), pension funds (CARSAT / MSA / RSI), public health insurance (CPAM), the national housing agency (ANAH), AGIRRC / ARCCO (France’s main private-sector supplementary regime), and the Mutualité Française (French Mutual).

The members organise meetings in order to adopt the coordinated funding programme and the action plan envisaged for each year, with funding from the French national funding agency for the elderly and handicapped (CNSA).

END_OF_DOCUMENT_TOKEN_TO_BE_REPLACED

This week, the Otono-me service twice prevented a vulnerable elderly person from being left on the ground after a fall.

This type of story it is very satisfying for the Telegrafik team, and gives meaning to our work. We wanted to share the unfolding of events with you. This illustrates the value of intelligent telecare devices to make people safer in their homes, and the limits of fall detection wristbands or triggers.

END_OF_DOCUMENT_TOKEN_TO_BE_REPLACED

Our site uses cookies. By continuing to use our site you are agreeing to our cookies policy.OK